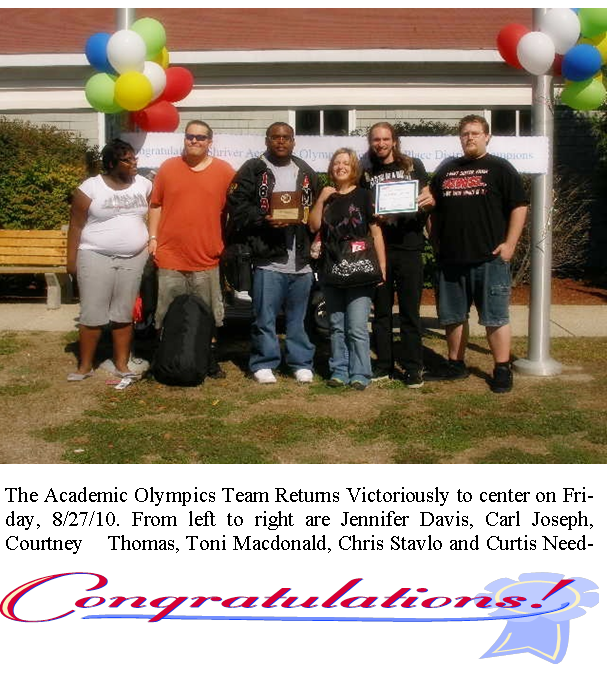 This was an exciting week for the attendants of the Academic Olympics. Returning back to Shriver from Pennsylvania holding the name District champs. The lucky few who attended this event were, Toni Macdonald, Courtney Thomas, Jennifer Davis, Carl     Joseph, Chris Stavlo, Curtis Needham, and coaches Mr. Landers and Mr. Robertson.

The Academic Olympics were held from Aug.24 to 27th. It wasn’t easy but the Chargers showed heart and in the end it was enough to overcome their opponents. This is only the        beginning for the Chargers who still have one more obstacle, the National Championship!

In November the National Finals will be held to see who the Champs of the National  Academic Olympics will be. There is no doubt in the mind of the Shriver         community that the Chargers will once again step up to the          challenge!

The performance of this young team allowed for them to enjoy a lovely evening at the park watching a baseball game. The team wishes to thank the support of staff Mr. Landers and Mr.     Rohertson who helped make     winning a possibility. They worked with the young men and women and allowed them to work at their full potential.