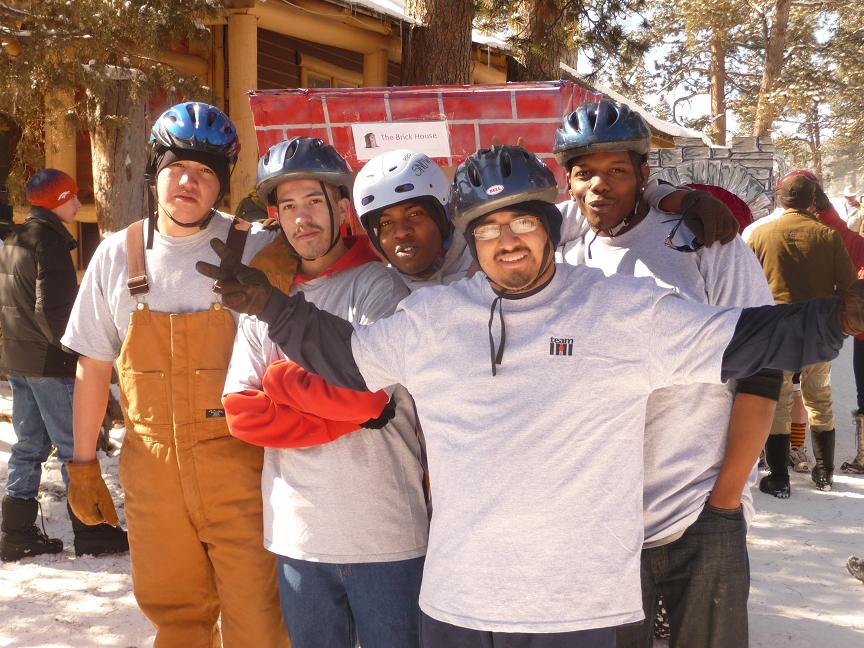 On Saturday, February 26th, five Boxelder Job Corps students laced up their boots and began preparing themselves for the grueling competetion awaiting them.  While four of them would be pushing and pulling, the fifth would be strapping himself to a toilet seat with a seat belt.

It was the fifth annual Nemo Outhouse Race, a local charity/fundraising event in the town of Nemo, SD.  With a population of 508, the event has recently doubled and tripled the number of people within the city limits for the day of the event.  This year, all proceeds were donated to the Northern Hills Alliance for Children to support it’s new First Step Child Care Center, opening March 7 in Deadwood, SD.

“It was a lot of fun,” said Jon Sandoval, team captain.  “Our team really became close nit after practicing and training for the last few weeks.  Plus, it’s all for a good cause.  I really enjoyed the opportunity to represent Job Corps in our local community.”